Daniel and Elinor Bergvall from the south-western part of Sweden are a great example of how farmers can take their destiny into their own hands and secure a better future for themselves and their children.
Daniel took over a classic Swedish farm with a tradition from 1898. Since 1995, the farm has been organic. The main activity, the sale of milk to the large Swedish dairy Arla, did not provide enough income for a decent life and development of the farm. He and his wife considered how to proceed (more cows or tourism as a complementary activity). They made a groundbreaking decision: took out a loan and set up a small dairy next to the barn. In only one year, they went from an idea to making their first sales.

In the summer of 2015, they started selling milk in a milk vending machine – which was not typical in Sweden at the time. For decades, it was virtually impossible to buy “farm milk”. Quality organic milk was well received by customers, as it was completely fresh (available within five hours after milking). They also liked the feeling of homeliness and tradition. Daniel and Elinor, however, realized they were on the right track, as earnings were significantly better.

Later, they started with the sales of bottled milk, cheese pies, cream, various types of yogurt and cheese. Of course, they use Plevnik devices for milk processing. At first, they decided for Plevnik Pasteurizer 200l All in one PH with cooling/heating. But soon they needed a larger one and bought the same one with a volume of 500 l and separator SP 315.

“We are super happy with Plevnik Pasteurizers. They are very high quality, never break down and are very reliable. Working with them is very easy.”

Now they have 42 dairy cows and 110 other animals on the farm. 30% of the milk is processed in their own dairy and the rest is still sold in bulk. We asked them how the sales are going – due to Corona situation:

“We have seen a large positive increase of sales, since terrible pandemic broke out – because we offer a variety of contactless buying options. Delivery to customers and Facebook groups for buying/selling local food are important sales channels. In this way, goods are pre-ordered and we produce according to how much is sold. In August 2020 we build our own home self-service shop. Products are sold in several local stores, too.”

In 2016, Daniel Bergvall received the Borås Environmental Award from the town of Borås for nature conservation and a new way of doing business. Through agreements with local shops, he brought home-made food closer to customers in an environmentally friendly way and shortened the chain between producer and consumer. He established close contact between the city and nature. With his agriculture and grazing animals, he actively takes care of the preservation of nature and life in the countryside, the appearance of the cultural landscape and contributes to biodiversity.

Daniel and Elinor Bergvall realized that farmers and cheesemakers need holidays, too.They decided for a camper and in this way visited our company, as well. 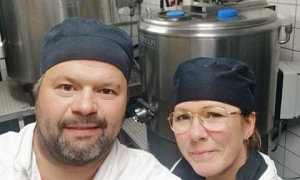 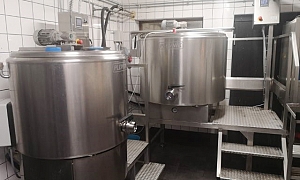 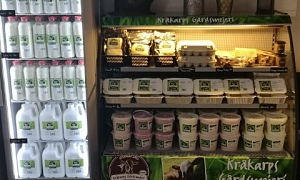 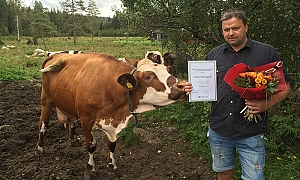 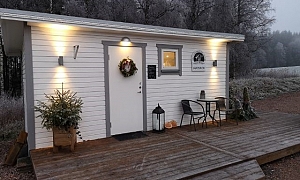 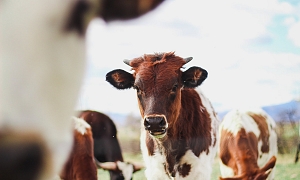 Devices used on this project 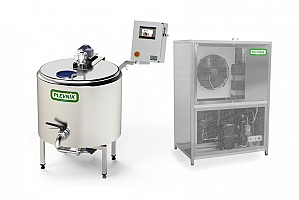 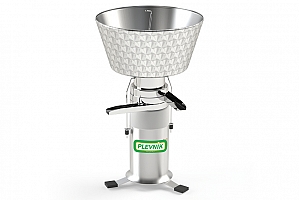 Are you interested in our products and complete dairy solutions?

Subscribe to our newsletter to receive exclusive offers and the latest news about our products and services.